About ‘Reflections of History’

Historic reflections from 1883 to the present
What has changed in half a century? How do we experience recreation and relaxation?

In each image we see, in different ways, metaphors of the past, present and future. Water plays a central role in our free time activities, during moments of relaxation. For this reason, the setting for this series is a pool which was built in 1883 and which has been brought back to its original style.

We can almost see and feel the waters of the 1880s.

This shoot took place at ‘De Mauritskade’ in The Hague, the Netherlands, in what is now ‘Caesar Fitness & Spa Resort.’
It was the oldest swimming pool in The Hague and the first covered one in the Netherlands.
Officially, it was called ‘s-Gravenhaagsche zwem- en badinrichting Mauritskade’ (The Hague pool and baths Mauritskade). Originally built in 1883, it was restored to its original form in 2013.

‘Lessons to learn’ A swimming lesson is taking place. We are spectators from the present observing a lesson of the past. 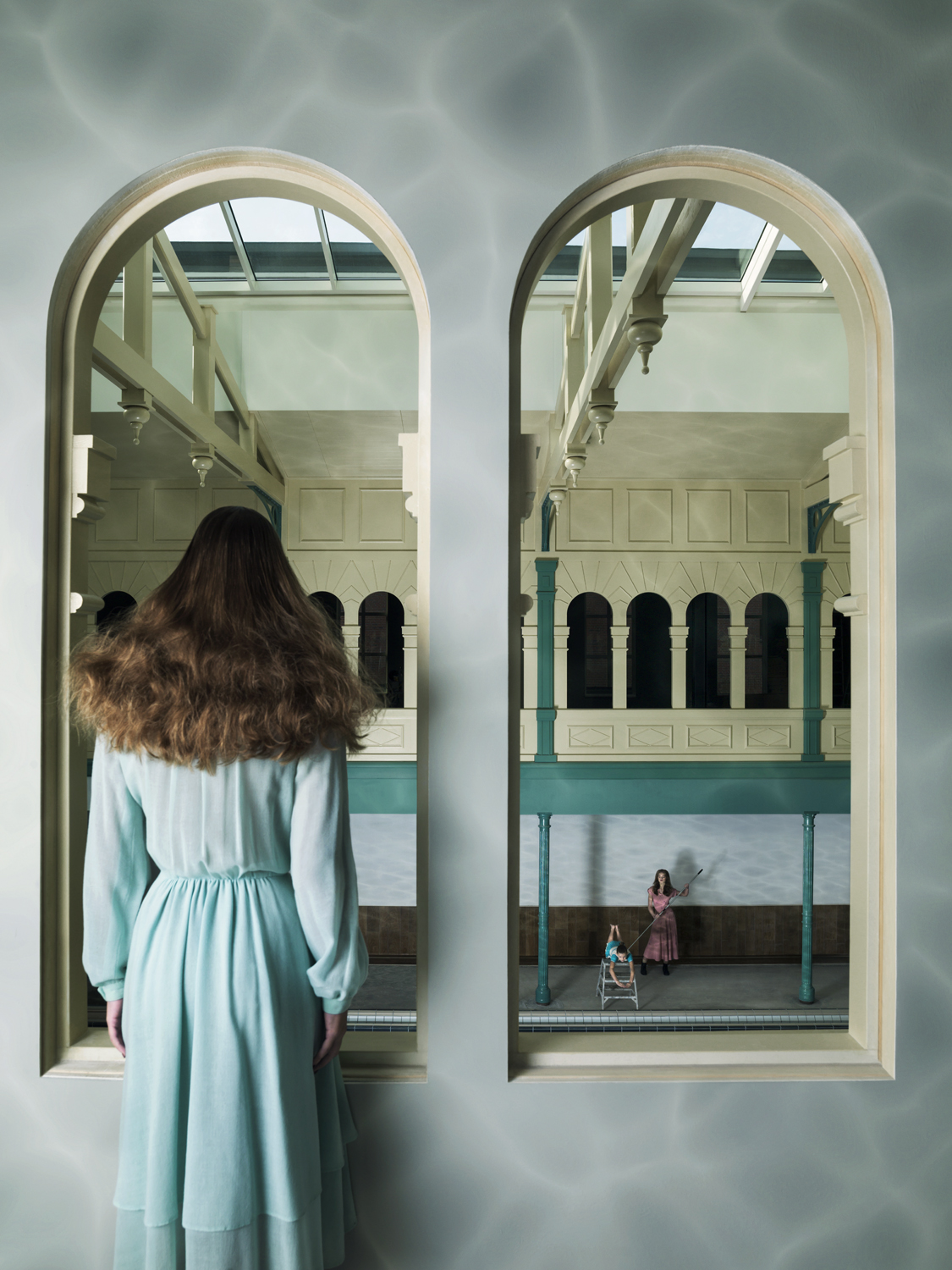 ‘Swimming’ A look under water, on a busy Saturday afternoon. An entertaining display of arms and legs, of underwater movement. 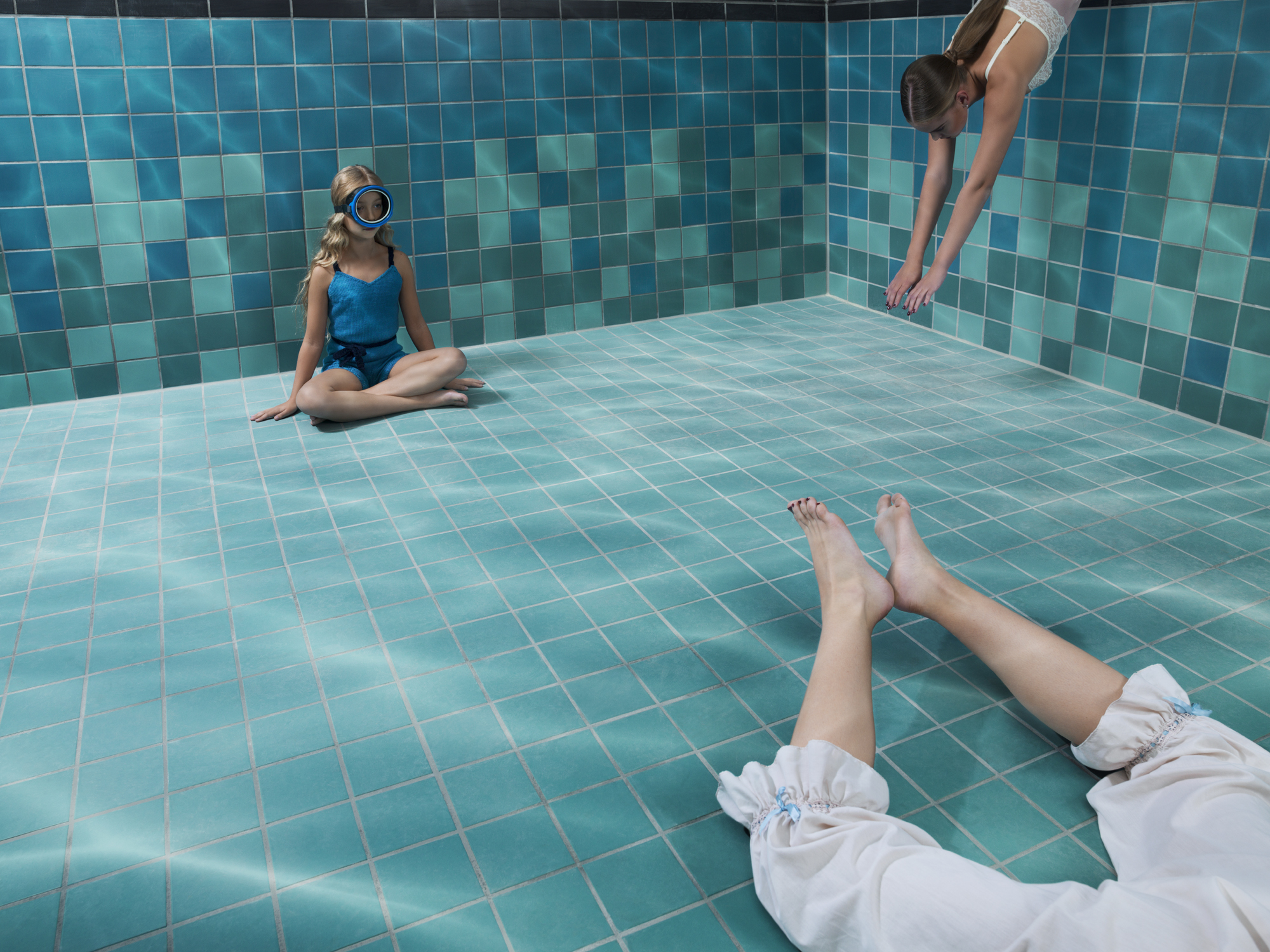 Past, Present and Yet to Come The three windows of then, now and the future. Are there differences? What do we see? Is the experience the same, do we feel anything, do we dare display our emotions? 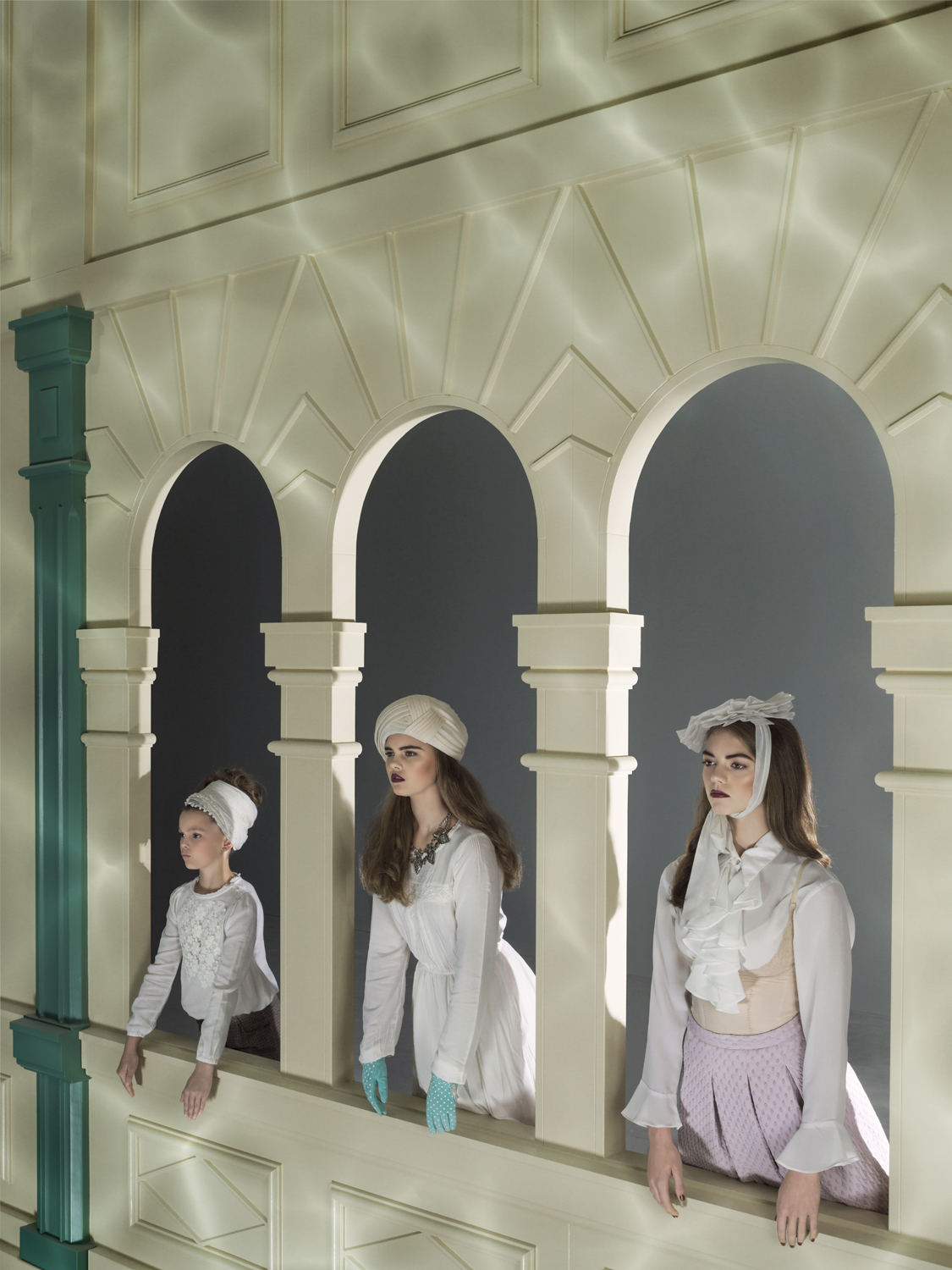 'Portrait’ The child of the past gazes towards us, the present. From a time gone by she looks longingly towards us towards the experiences of the present. People are swimming in an empty pool, a pool she still swims in, but it is dry. 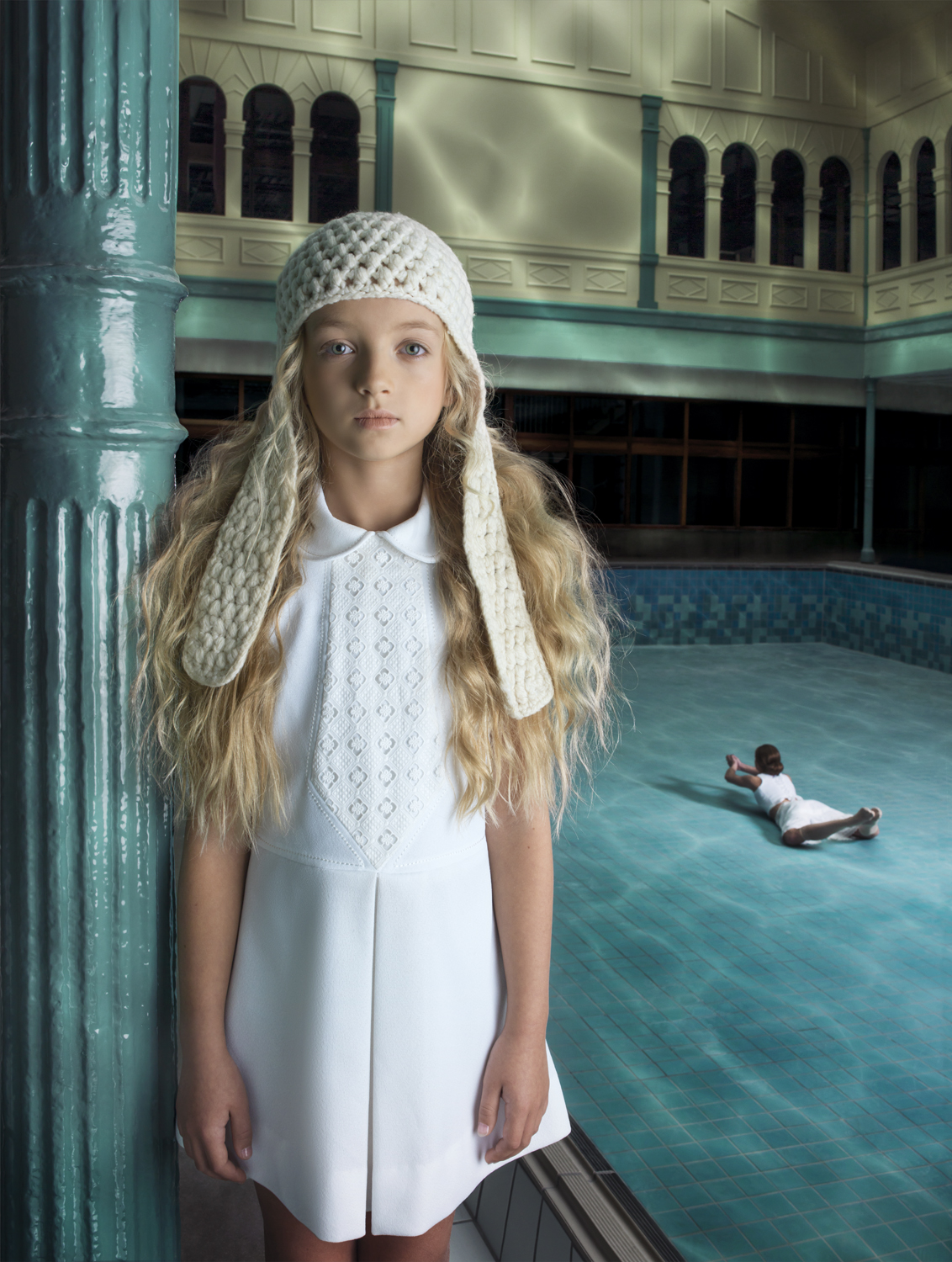 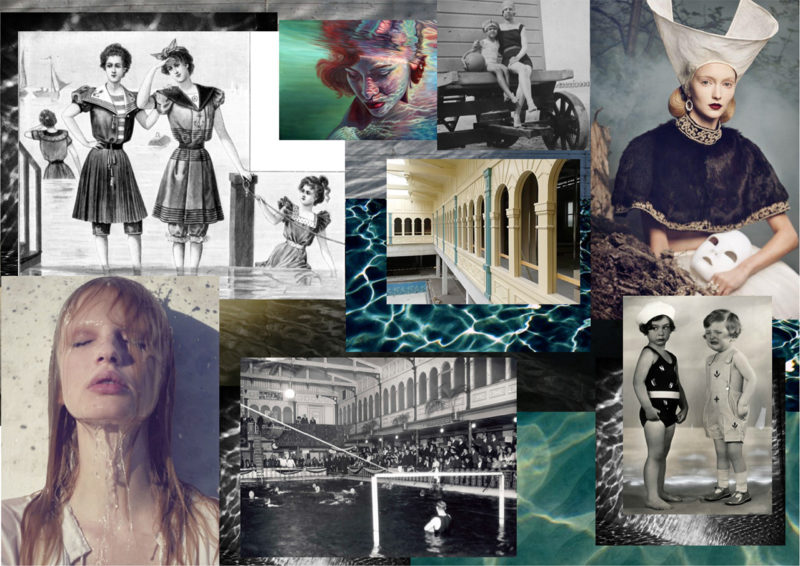 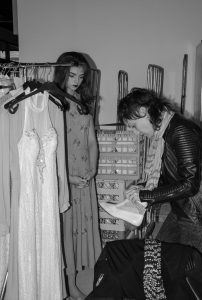 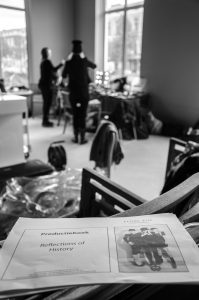 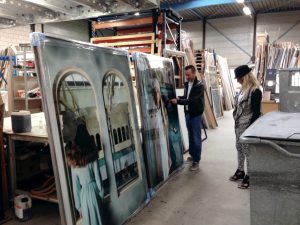 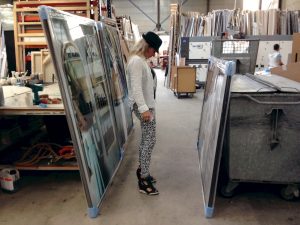 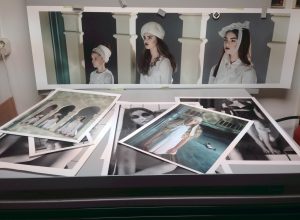 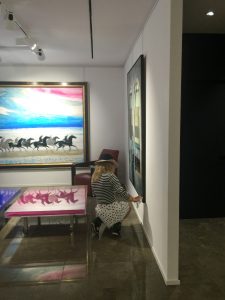 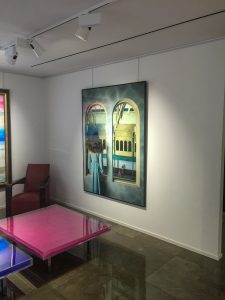 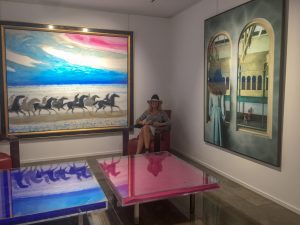 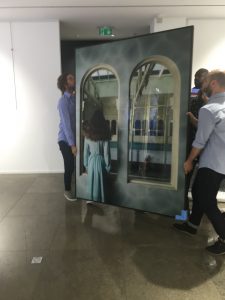 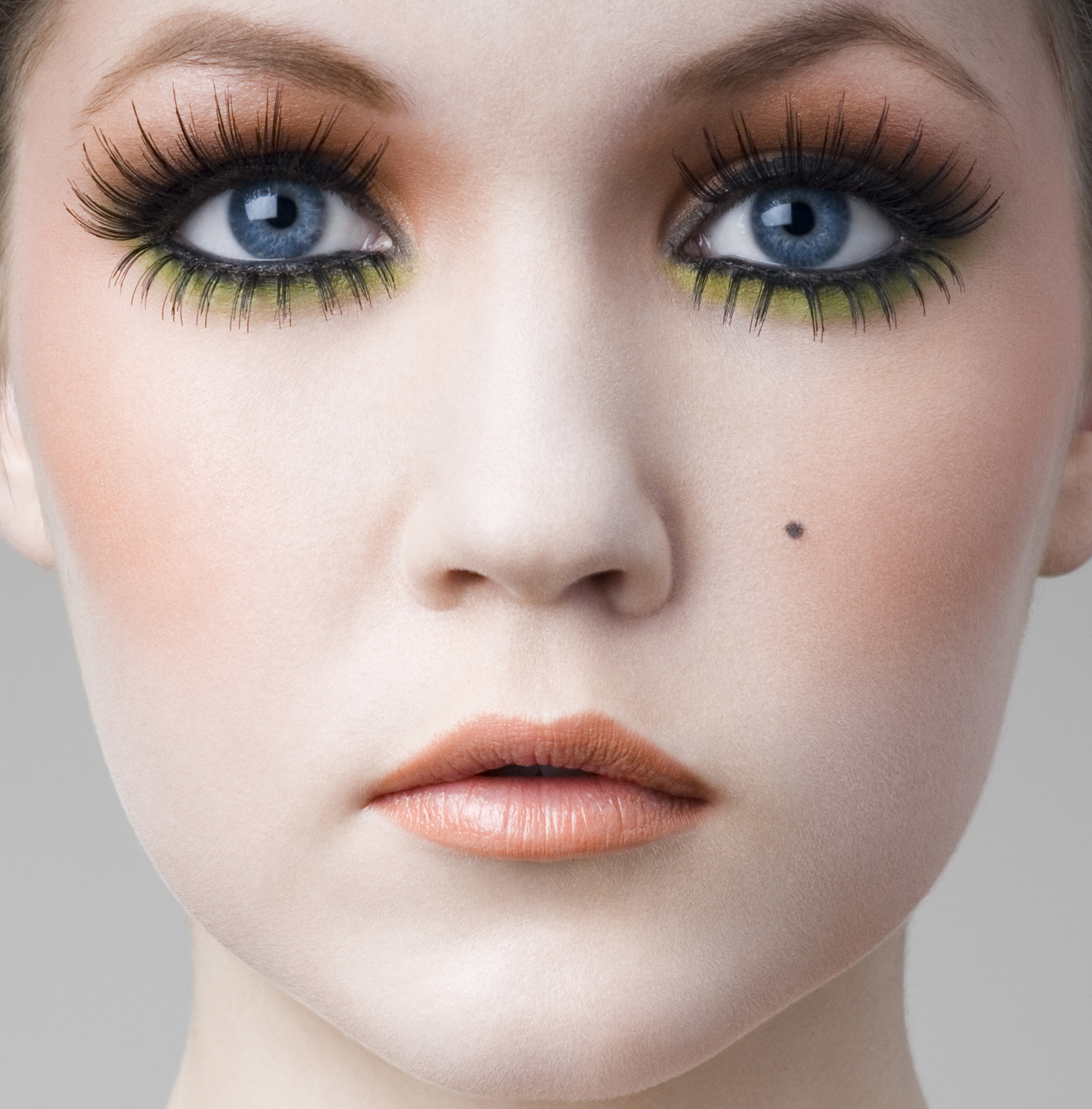 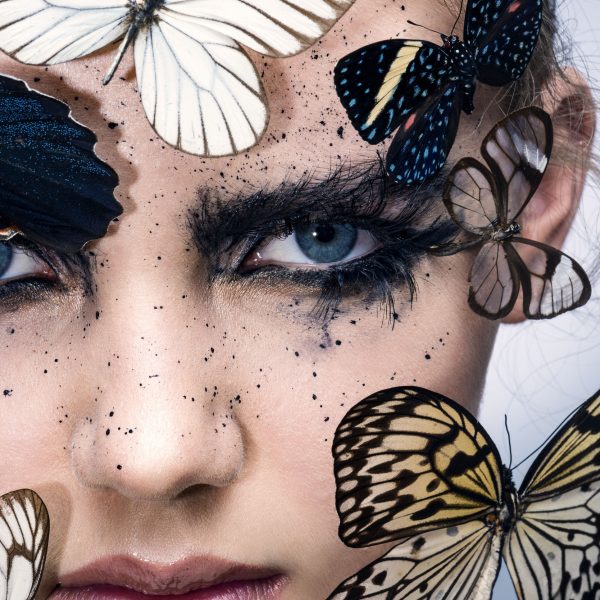 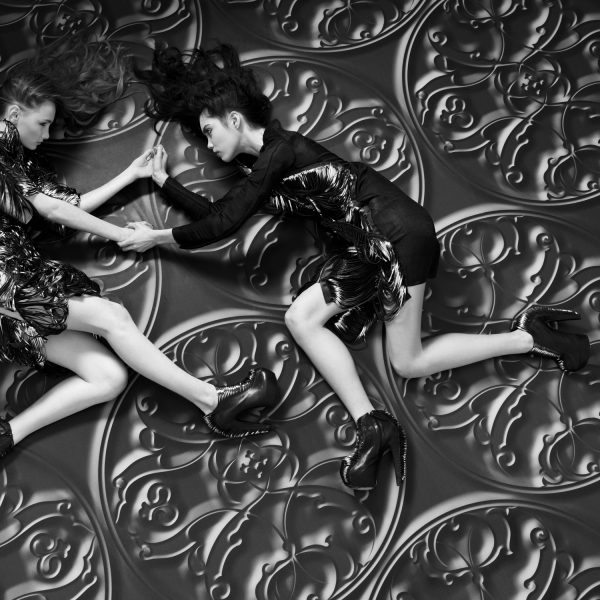